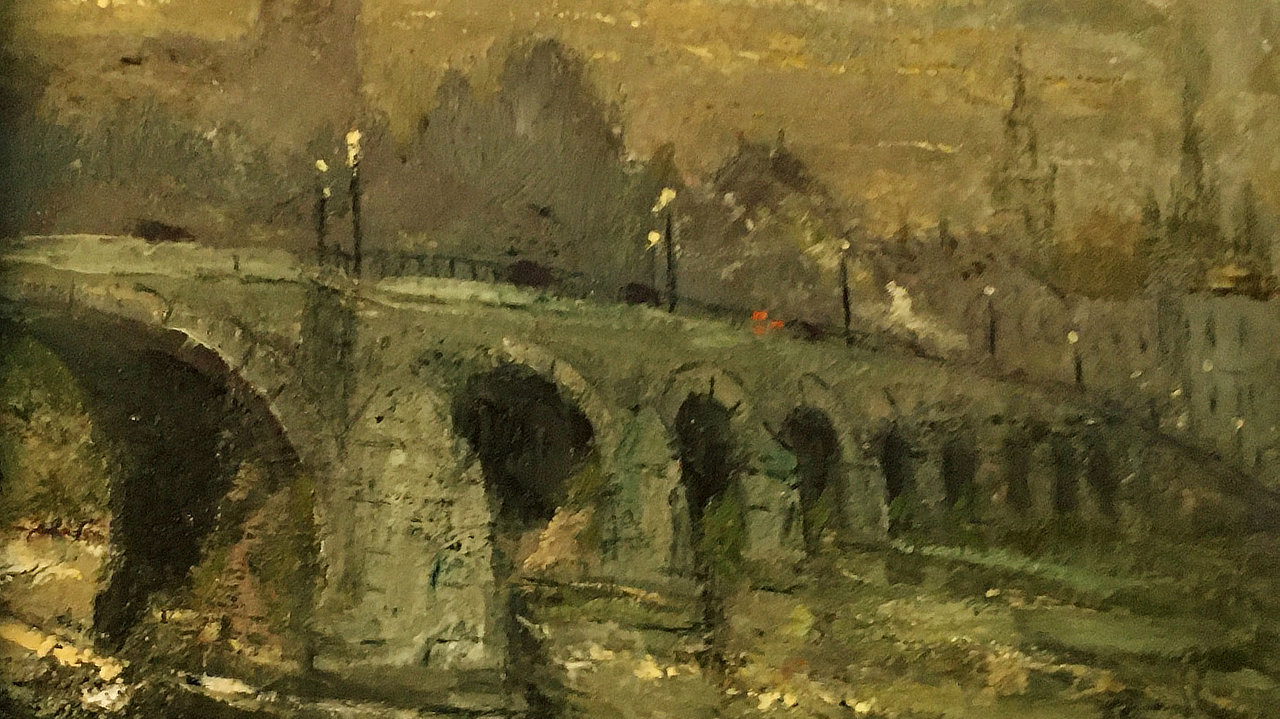 Charles Hollman was born in Maastricht on 31 August 1877 as the fifth descendant of wine merchant Ernest Hollman and Elisabeth Hustinx. With the exception of two periods in which he lived in Borgharen and Lanaken respectively, Hollman lived and worked in Maastricht where he died on November 19, 1953 at the age of seventy-six. He is buried in the General Cemetery on Tongerseweg in Maastricht. 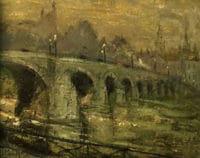 Together with Henri Jonas, Pierre Kemp and Jean Grégoire, Charles Hollman took painting lessons at Rob Graafland’s Sunday School as a private student. None of the works from this early period have been preserved. There is, however, a portrait of Charles Hollman from 1907 by Rob Graafland, playing his violoncello. This painting can be seen during the exhibition. Charles was a cousin of the famous cellist Joseph Hollman. When he received painting lessons from Rob Graafland around 1900, he was offered the choice: either painting or music and said: “you cannot serve two gentlemen (muses).” Charles then put his instrument aside. Hollman traveled a lot and was fascinated by Morocco, which is clearly visible in some of the paintings. He became a member of the Limburg Art Circle, which was founded by Graafland in 1910 and regularly stayed with the “Bende van Suisse” in the eponymous establishment on the Vrijthof in Maastricht.

Hollman developed more and more as an impressionist, belonging to the so-called “Maastricht School”. Ports, grain sheaves, mines and cityscapes were the favorite subjects for his paintings. In 1909 Charles Hollman had his first exhibition in the Momus Society. He later exhibited in The Hague, Rotterdam and in the then Stedelijk Museum in Maastricht.

Charles Hollman seems to have a tendency towards brown and gray tones in his work, often wild, dark and threatening in a stormy setting. Typical Hollman, while he was not a gloomy man, but even a real “bon vivant”. In addition to the many landscapes, Hollman’s oeuvre consists of a large number of paintings from the Wilhelminabrug under construction or from the Sint-Servaasbrug in restoration, and he elaborates both themes with a pathetics that contrasts strongly with the elegant method of Graafland. His rapid technique with broad, pasty brush strokes and the emphasis on light that breaks through a dim atmosphere, makes the work more impressionistic and boisterous than the work of his teacher Rob Graafland. Until his death, Hollman painted in the studio at his home on the Sint-Servaas monastery.
Maurice Hollman, grandson of Charles, set up an exhibition in 2003 on the occasion of his grandfather’s 50th anniversary in the former wine trade of the Hollman family in Tafelstraat in Maastricht with paintings, sketches, photographs and memorabilia of the artist. Maurice managed the remainder of his grandfather’s art collection. He said in an interview; “As a child I was sometimes allowed to wipe a painting. It was a very productive man. He painted and drew on everything he encountered; cloth, paper, softboard, wine tenders or draft sheets. Often on the front and back. I think he was possessed. It can hardly be otherwise. ”

The works shown have been selected from the private collection of Paul Swaen from Noordgouwe. Paul has always had a preference for impressionist art and, twelve years ago, he came across an affordable Moroccan work by Charles Hollman in the former Prima Vista gallery in Maastricht. This purchase was followed by a second with a “blue landscape” and one thing led to the other. He became a passionate collector of Hollman’s work and managed to build an impressive collection of this artist through galleries and the art trade. He himself says: “It is the most beautiful hobby I have ever had”.

With this exhibition, Museum Valkenburg wants to draw attention to the work of Charles Hollman, because although his role in Maastricht art history remains underexposed, he is at home among contemporaries such as Graafland, Jonas and Bellefroid.