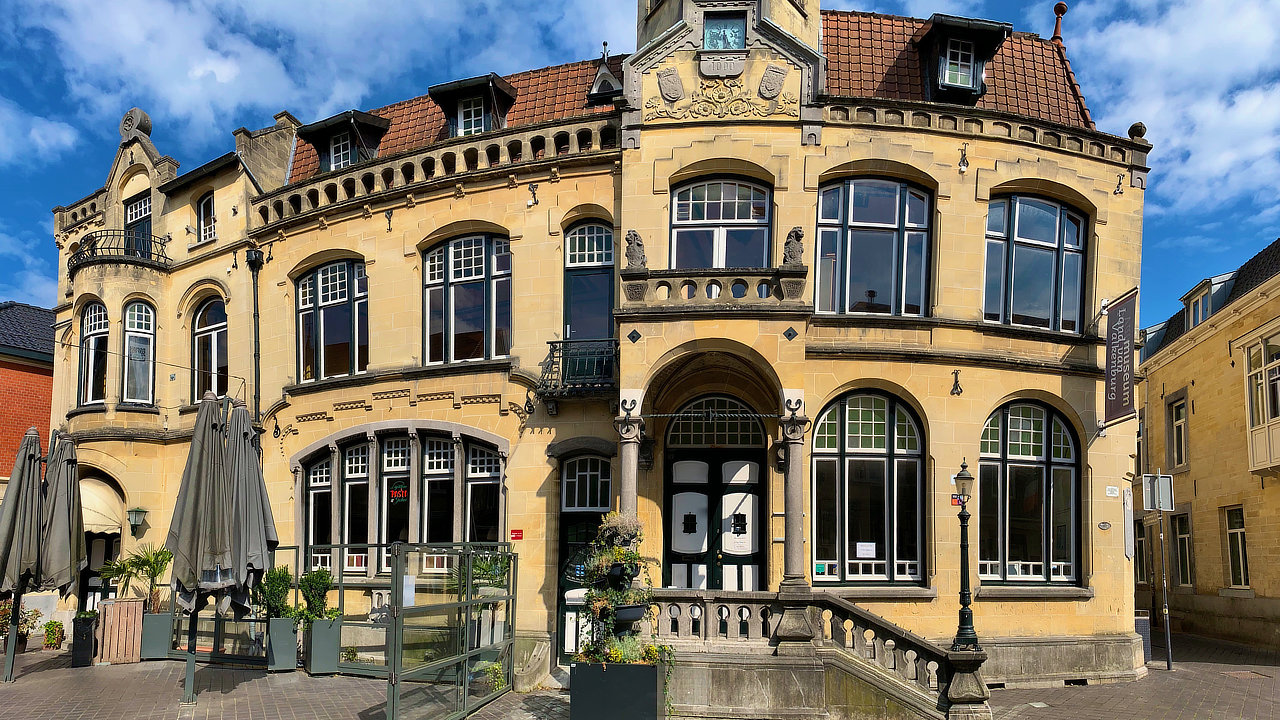 Anyone walking through the center of Valkenburg will automatically pass a building made of marlstone with a hard stone platform. This used to be the town hall: an art nouveau building from 1900, designed by architect J.H.C.Kröner. Now Valkenburg Museum is located here.

Come in and meet South Limburg artists from the 20th / 21st century. In the downstairs rooms there are temporary exhibitions of works by famous painters: Charles Eyck, Sjef Hutschemakers, Hans Truijen, Jacques Vonk, Patrick Creighton and Daan Wildschut. Or of Amsterdam Limburgers such as Lei Molin.

Anyone who says South Limburg certainly thinks of marl. Many buildings such as this museum are built from marl. What is that? How is it won? Watch a video about this South Limburg building block on the mezzanine floor. This is also being redesigned. One room is entirely devoted to the rise of tourism in Limburg, in which Valkenburg was at the forefront. Historical objects let time stand still for a moment.

Still further back in time? Some 60 million years ago, South Limburg was part of the sea. An impressive collection of fossils from the Cretaceous period can be seen. About 5000 years ago this area was wooded. Residents used flint for axes and other utensils. Fun for grandfathers and grandmothers with grandchildren.

The top floor is the site of contemporary artists: they show work that is always surprising, whether it is abstract or spiritual.

Seen a lot? Take a break with a free cup of coffee in the Museum Shop. Watch a video for a current exhibition. In showcases are all kinds of art objects that are for sale. Welcome! 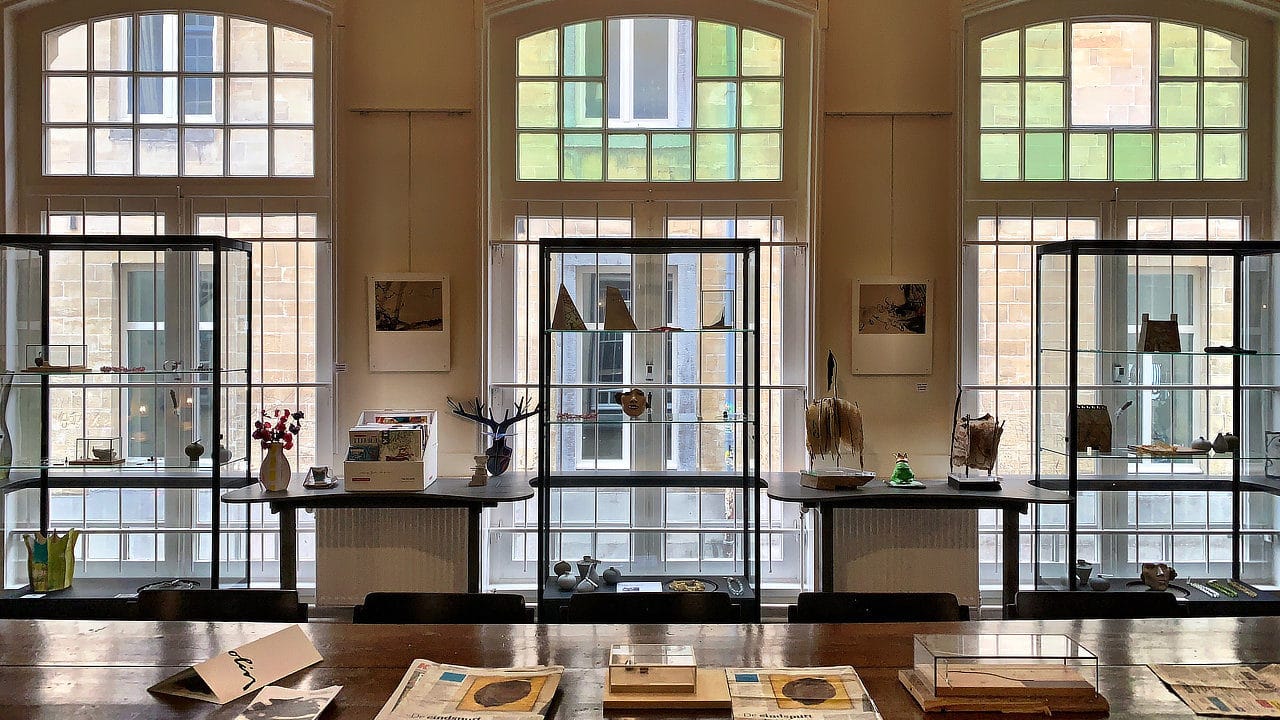