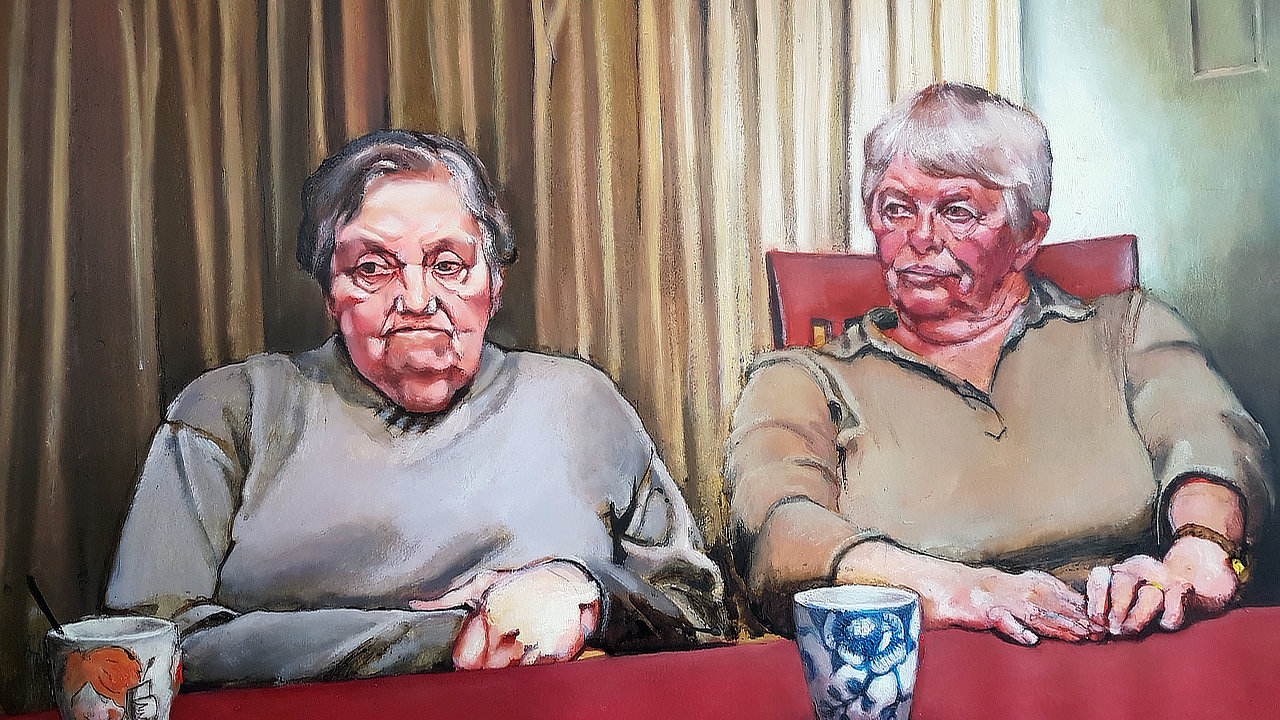 Michelle Faaij was born on December 1, 1964 in Adelaide (Australia), grew up in the Netherlands and now lives in Geleen. Her motto is: “Pingo ergo sum”. I paint so I am.

After high school, Michelle deliberately started drawing and painting, among other things by taking lessons with Toos van Alphen. Then she waited patiently until the children from her marriage were old enough, and then the artistic thread was resumed seriously. From 2009 to 2014 she followed the five-year painting course at the Maasmechelen art academy (B), and since then she has been completely absorbed in painting and everything that goes with it. Michelle mainly focuses on portraits and human figures or “landscapes in flesh”. She works with a wide variety of materials, but recently especially with oil paint and bister. Occasionally she also created “portraits with character” in stone.

According to Michelle, growth is only possible by exposing yourself to the light of others. Among her sources of inspiration are Lucian Freud and Marlene Dumas. She tries to learn from them and from others; that is, to process their problems and their solutions in her personal way and to develop their own visual language. In 2013, Michelle attended a painting class at the Sommer-Akademie Traunkirchen (Austria) under the direction of Xenia Hausner. This educational experience has once again confirmed her in the choice for painting people.

Michelle Faaij became a member of the Limburg Art Circle in 2018 and exhibited with this artist collective in Kasteel Vliek. She was nominated for the two annual Dutch Portrait Prizes in 2017 and 2019 and her work was exhibited in Slot Zeist from September to November of that year. Michelle herself says about her work: “An image is not a copy and a painting must not resemble something or someone, but must be something or someone. Only then will the work be finished, until then I will continue to work on it … ” 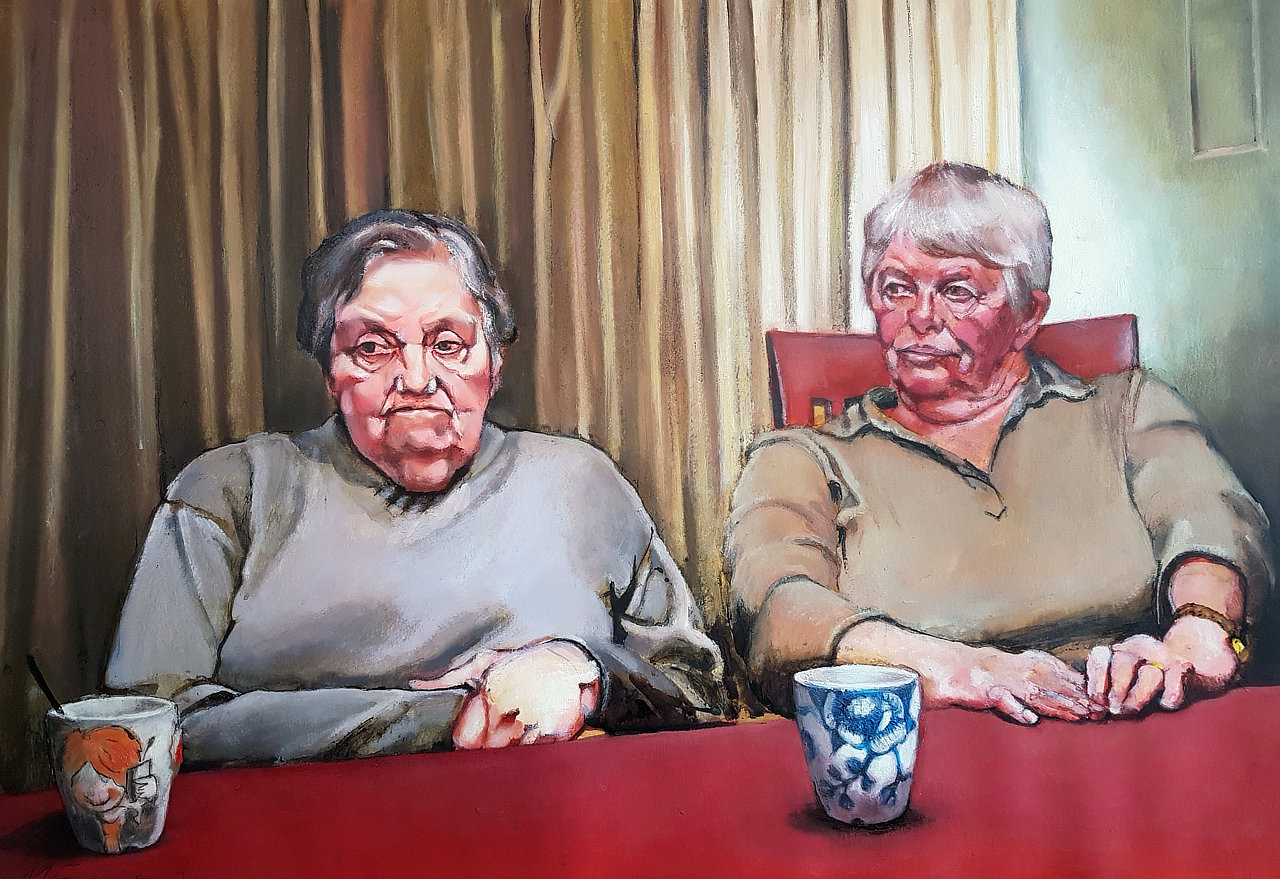 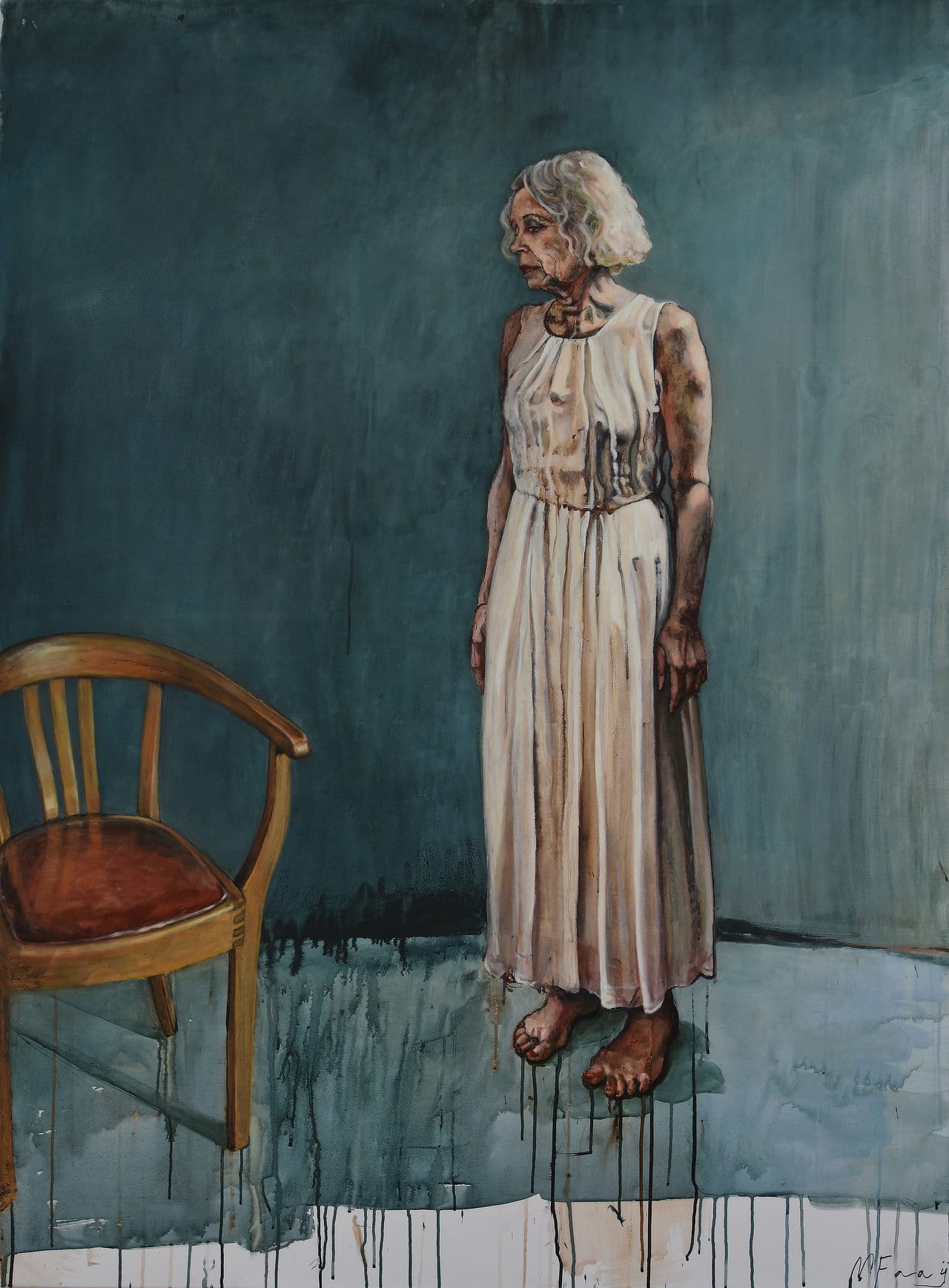