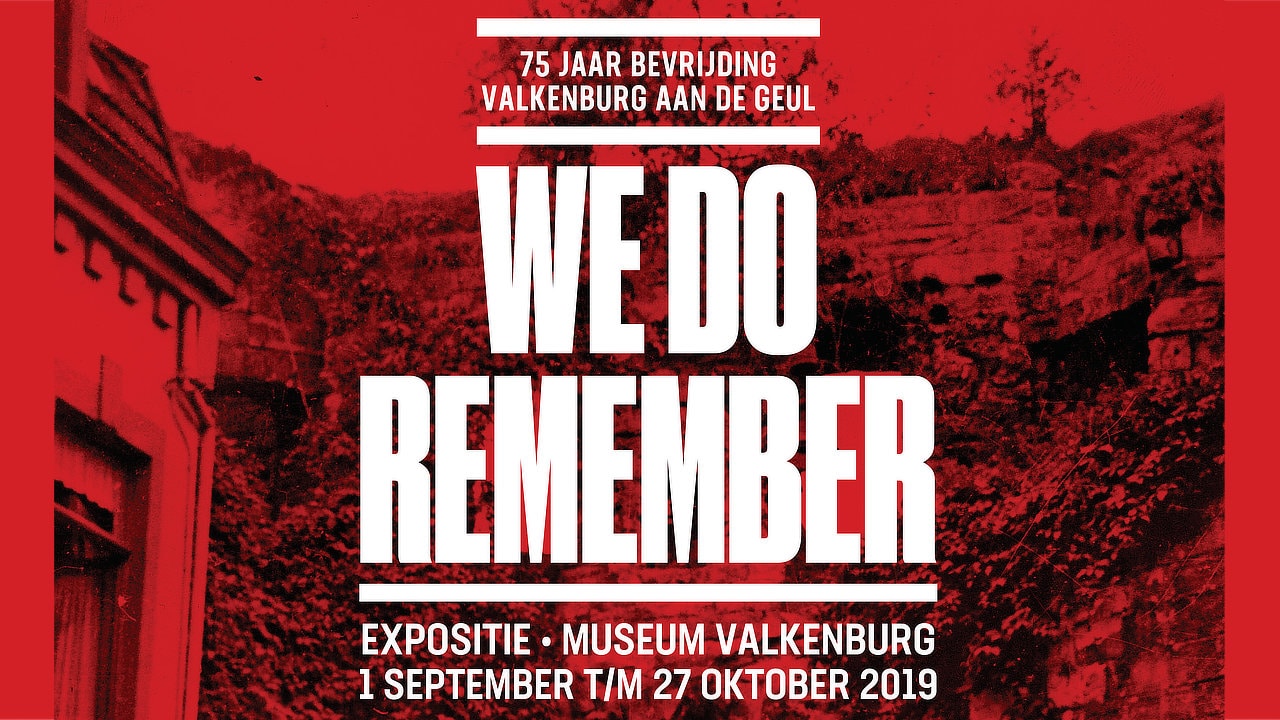 Exhibition ‘We Do Remember’

WE DO REMEMBER – 75 years of liberation Valkenburg

Due to the size of the exhibition, it will be held at two locations: in Museum Valkenburg on Grotestraat Center and the former post office in the Lindenlaan in Valkenburg on Geul

This unique exhibition “We do Remember” covers four themes:

The start of this special exhibition is at Museum Valkenburg on the Grotestraat Center and the entrance fee is € 8 or Museum card + € 2. The entrance for our friends and beneficiaries, on presentation of their pass, is also € 2 per person.