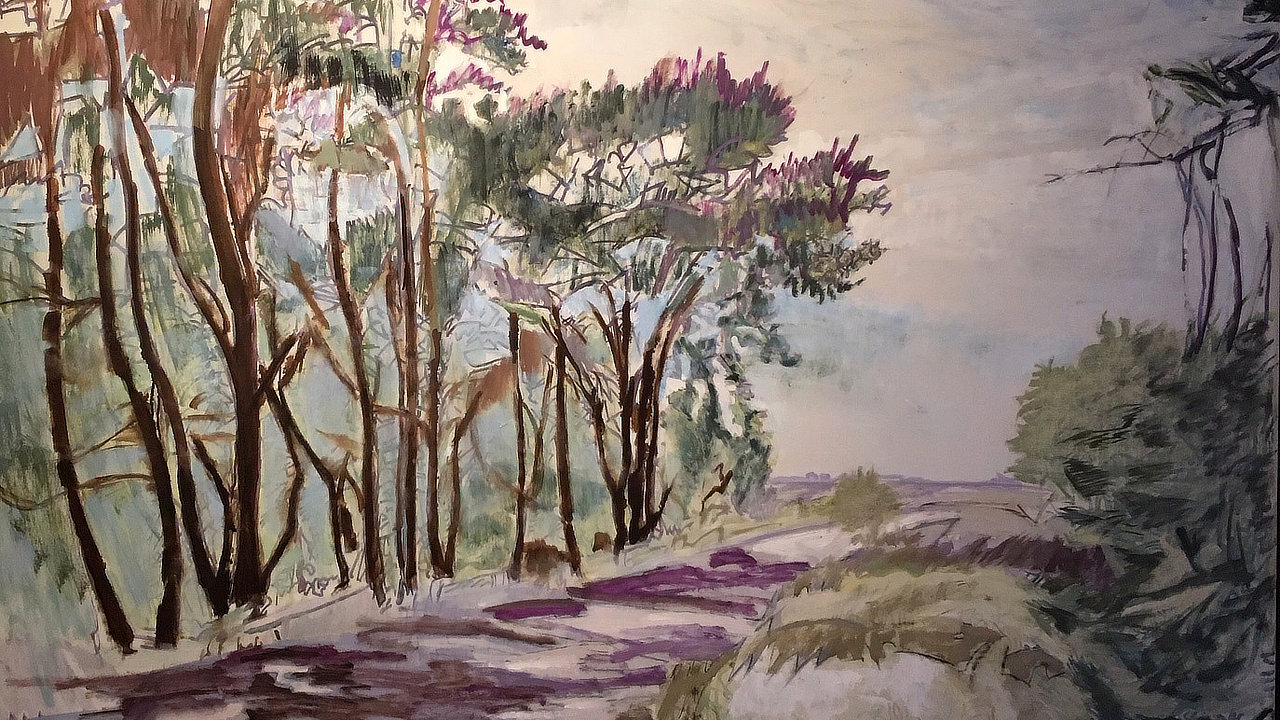 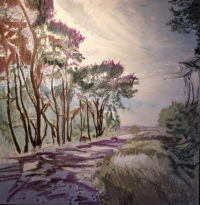 Five years after his death, Museum Valkenburg honors artist Harrie Bartels with a beautiful exhibition that gives an overview of his versatile work. Bartels died in 2015 at the age of 79 in Mallorca. He came from Tegelen in North Limburg, graduated from the Jan van Eyck academy in Maastricht in 1963, and studied with the professors Jaap Min, Ko Sarneel and Frans Nols. In the same year he received the Prize from the Municipality of Valkenburg (NLG 800).
Harrie Bartels was a striking painter and draftsman. He belonged to the Artishock group that was established in 1964 to breathe new life into the dusty art climate in Maastricht. He was one of the leaders but not a pacemaker. He did not like to come to the fore but rather worked. He sought and found inspiration in his environment, in his own garden, on the street, in the landscape. In the 1970s he regularly traveled to Morocco where light and colors gave his work a new dimension.
Colleague artists but also Professor Sarneel called him “the best Limburg artist painter of his generation”. The usually critical reviewer Sarneel was often pleasantly surprised by Harrie Bartels. He was particularly impressed by the beautiful vistas he painted from a window in his home. These “window paintings” and some forty other works can be seen in Museum Valkenburg from 2 February to 13 April 2020. Bartel’s daughter Monica will give an introduction to her father and his work. 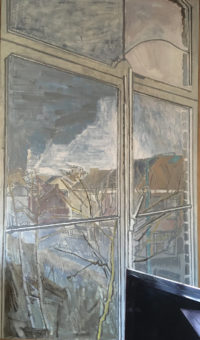 Harrie Bartels has never done anything himself. He worked hard and thought it was a point of honor that he could support his family as an artist, says daughter Monica about her father. “Dad was a teddy bear. As a child I had a good relationship with him, I was proud of my father. But my mother, his wife Gonnie, was the engine that kept him running. She stopped working outside the home and arranged the administration, purchasing and sales for him and kept the studio clean so that my father could devote himself entirely to painting. That was what he wanted. ”
Monica and her husband Richard Hollands have a large collection of work by Harrie Bartels. A special painting is in the bedroom. “When I wake up I see it and I feel the emotions from my childhood. The painting on the canvas is the window of my former girl’s room. It still gives me strength and satisfaction and it proves the respect that I had for my father. ”Harry Bartels experimented a lot until he finally found the right composition for his windows. When the time came, he closed the window period and never came back to it.

A new period came in his artist life when Harrie regularly went to Morocco in 1969. He was invited through a Moroccan café owner in Liège. The country would rather him than any other region on the globe. Harrie sat cross-legged on the floor, his upper body bent, clouds of psychedelic smoke around his silent head, with shiny eyes brooding … The land became a revelation. A window on a new world opened for him. He was fascinated by the light and the colors of the desert. He made sketches and drawings that were worked out at home. Monica is happy to think back. “We were allowed to come as children, that was a big party of course. Because at that time nobody was traveling to Morocco. ”

Also Jo and Marlies Kuckelkorn from Itteren – where Harrie lived for years – call him the best of his generation. This couple has also collected a large collection. Our living room is called the “Bartelskamer” with exclusively works by Harrie Bartels, says Jo Kuckelkorn. “We got to know Harrie at the beginning of 1970 and were fascinated from the start by his versatility. He was a great talent. He drew and painted everything he saw and inspired him. But no, he did not work on the road. He let his work speak for himself. He thought people should recognize it, even if he hadn’t signed it. That was his point of view. Harrie has lived with us in Itteren for a long time. We sat there with our nose on top of what he painted and drew. The landscapes in Morocco, portraits. He could do anything. And over the years he has also become a good friend. “