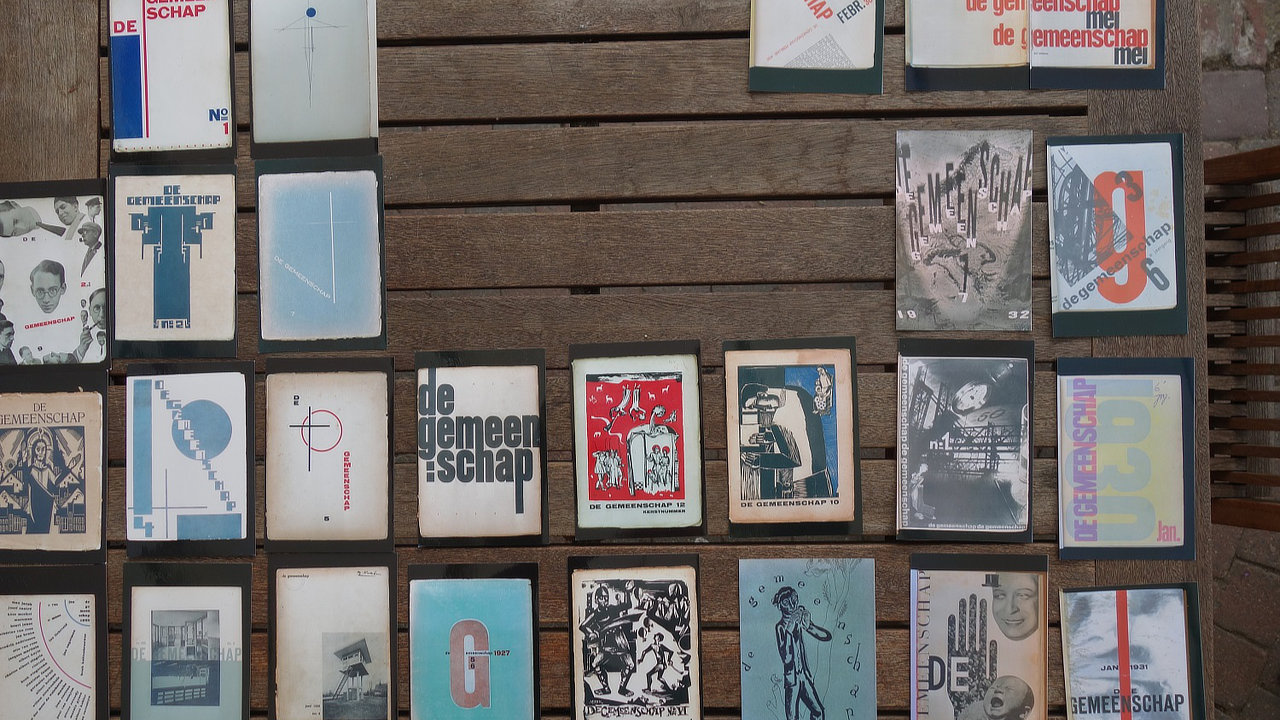 From May 29 to July 3, 2022, Museum Valkenburg presents the exhibition ‘The Community – ‘Influencers’ from 100 years ago’. The Community was a group of young, critical intellectuals and artists that went “viral” in the early twentieth century. Well-known names such as Jan Engelman, Gerrit Rietveld, J.J. Voskuil, Leo Gestel and Ossip Zadkine were part of this group that was connected to Dutch and European networks. They produced, among other things, the magazine of the same name (1925-1941) and started a publishing company in which they wanted to testify to their critical and innovative views in a time of chaos, just after the First World War. The first issue of the magazine De Community appeared in January 1925 and caused commotion within the (Catholic) establishment. Limburg artists such as Charles Eijck, Henri Jonas, Joep Nicolas and Charles Nypels also contributed to the magazine. In October 1941, the monthly magazine was banned by the German occupier.

At the start, the Community had chosen two bold mottos – for that time – as a starting point: ‘For heart and fervor’ and ‘Truth higher than the slogan’. Guest curator Ad Oomen explains “the pacesetters were in their early twenties. They got to work with a lot of guts and got the magazine off the ground. Remarkable in content and design. Independent of the pillar of the Church and the RC State Party. The magazine offered or interfered with culture, literature, music, visual arts, society, church and politics”.

One of the founders was the later discredited writer and poet Albert Kuyle, pseudonym for Louis Maria Albertus Kuitenbrouwer. Albert Kuyle was young, intelligent, passionate, inventive, but changed over time from broad-minded to radical, from passionate to fanatical, from open-eyed to blinded. Today we experience the same with some ‘influencers’. Kuyle and a number of sympathizers seceded in 1933 and founded the competing magazine ‘The New Community’.

The editorial office was based in Utrecht. The group, calling itself Gideonsbende, had intensive contact with the Maastricht group of artists ‘Bende van de Suisse’, named after the cafe of the same name on the Vrijthof in Maastricht. Together they were responsible for the special South Limburg issue of De Community, which appeared in 1930. It focuses on Limburg writers (Pierre Kemp, Math. Kemp, Frans Erens, Vic Reinders, and others), visual artists (numerous reproductions of work by Joep Nicolas, Henri Jonas, Charles Eyck, Hub Levigne) and architects (Alfons Boosten, Jos. Wielders).

The exhibition includes various objects that were specially designed for the magazine by members of The Community. For example, the logo was designed by the well-known architect Gerrit Rietveld and the Limburg artist Henri Jonas made the cover of the first issue. “In the exhibition in Museum Valkenburg I wanted to show objects – including covers and photos – that testify to the innovative, versatile typographic design: modern, expressionistic, New Objectivity, new photography, new typefaces. There is a great deal of variation in this,” says Ad Oomen.