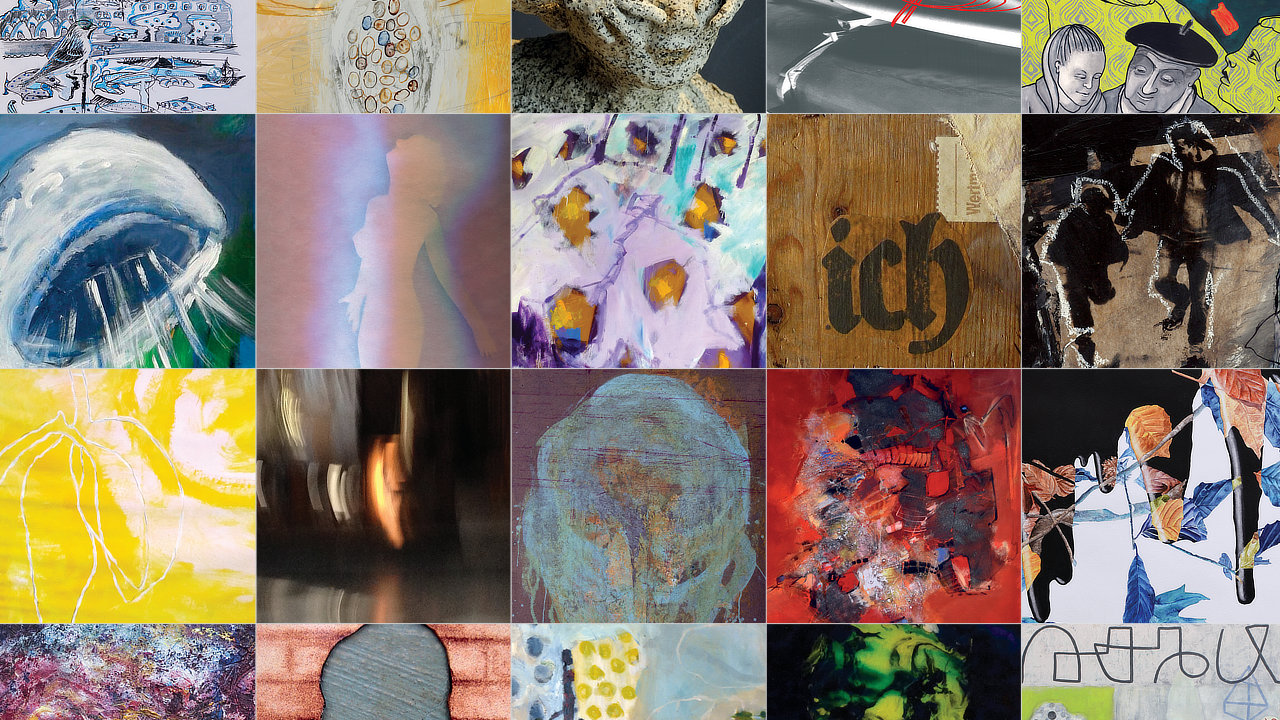 How many words have been spent on the Euregio in recent years and how many plans have been forged and have since succeeded? Twenty-five years ago, some resolute women joined forces and established an association for female artists from the Euregion. Under the name “dreieck.triangle.driehoek” these artists from Germany, Belgium and the Netherlands organize a joint exhibition several times a year. Not only in the Euregion but also far beyond such as in Brittany, Arlington and Belgrade.

This time, with the “MYDENTITIES” project, a traveling exhibition through the Euregio, they are celebrating the 25th anniversary of their association. The very successful kick-off took place in April in the Aula Carolina in Aachen and after a tour of Eupen, Beringen, Brussels and Strasbourg, the exhibition now lands in Museum Valkenburg.
The use of the word “project” indicates that it is about more than an exhibition.
During the tour the exhibition develops again and again and is supplemented with performances, workshops, tours and other interactive meetings.

With this project, the artists investigate the social, political and individual aspects of the concept of “identity” in 21st century Europe. More than twenty artists from six different countries, from different cultural backgrounds and personalities, deal with the question “Who am I?”
To what extent has my identity been shaped by the family in which I was born, the place where I grew up, my social and individual background and my history? To what extent does it influence our artistry?
Is that what we understand by identity clear and consistent with our personality or do we also discover opposing identities in ourselves?