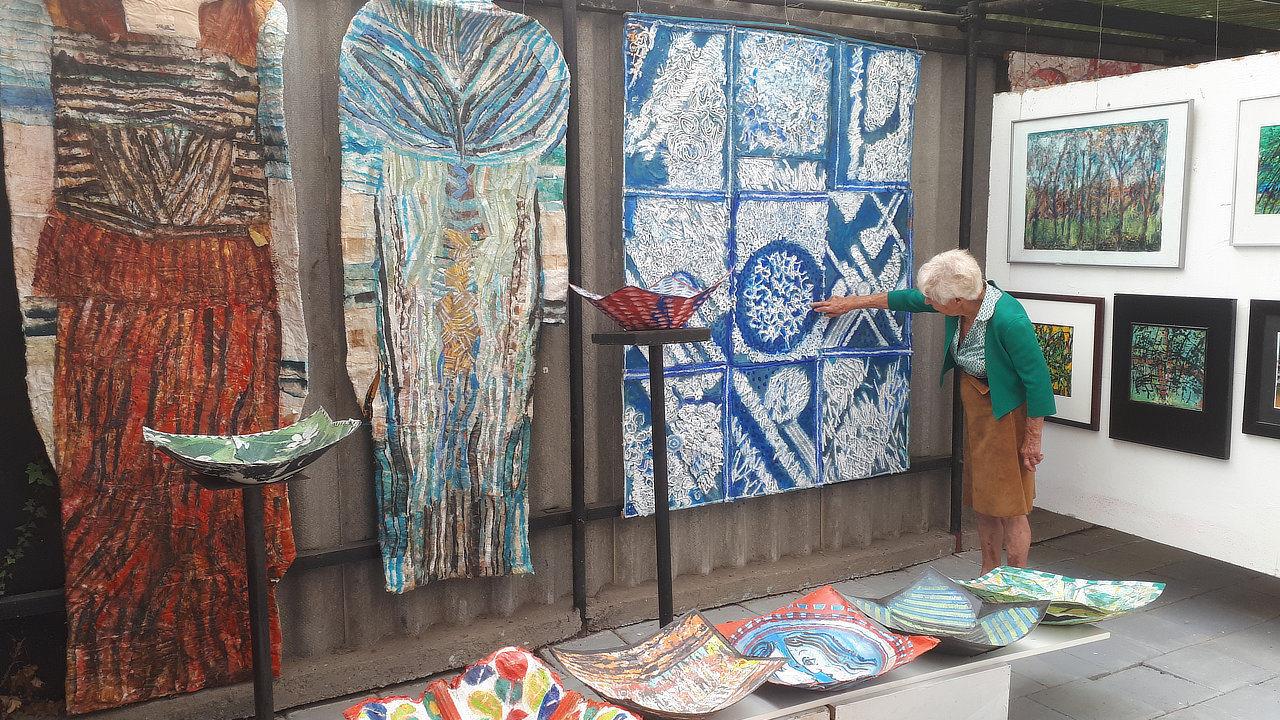 Female artists in Limburg during the reconstruction period (1945-1965)

This exhibition focuses on questions such as: why did most of these female artists not succeed (sufficiently) in building their own career? Did marriage to an artist stand in the way of a successful career of your own?

These female artists, most of whom were born in Limburg, were excellently trained. In principle, they had the same starting position for a fulfilling career as their male colleagues/husbands. Nevertheless, the attention in the art world at that time was mainly focused on the work of male artists.

In the first half of the twentieth century, women were not used to standing up for themselves and presenting themselves with their profession as artists. Being an artist did not come first, there was the task as a housewife and mother. Women had less time to create art than their husbands because of their family responsibilities. Female artists were also long barred from artists’ associations, as a result of which they did not have the necessary contacts in the art world. They failed to bring their work to the attention of gallery owners, museum directors, critics and the public. The second wave of feminism brought about a revolution in society in the sixties, seventies and eighties with regard to the position of women. This also provided an incentive for women to practice art.

Nevertheless, there were a number of female artists in the Limburg art world who had the opportunity – even in a period when this was not usual – to develop their own career in art.

Museum Valkenburg has succeeded in identifying and displaying several works by all the female artists mentioned. As a tribute to the only active artist from this group, 95-year-old Marijke Stultiens, her work and her studio will receive special attention in this exhibition.