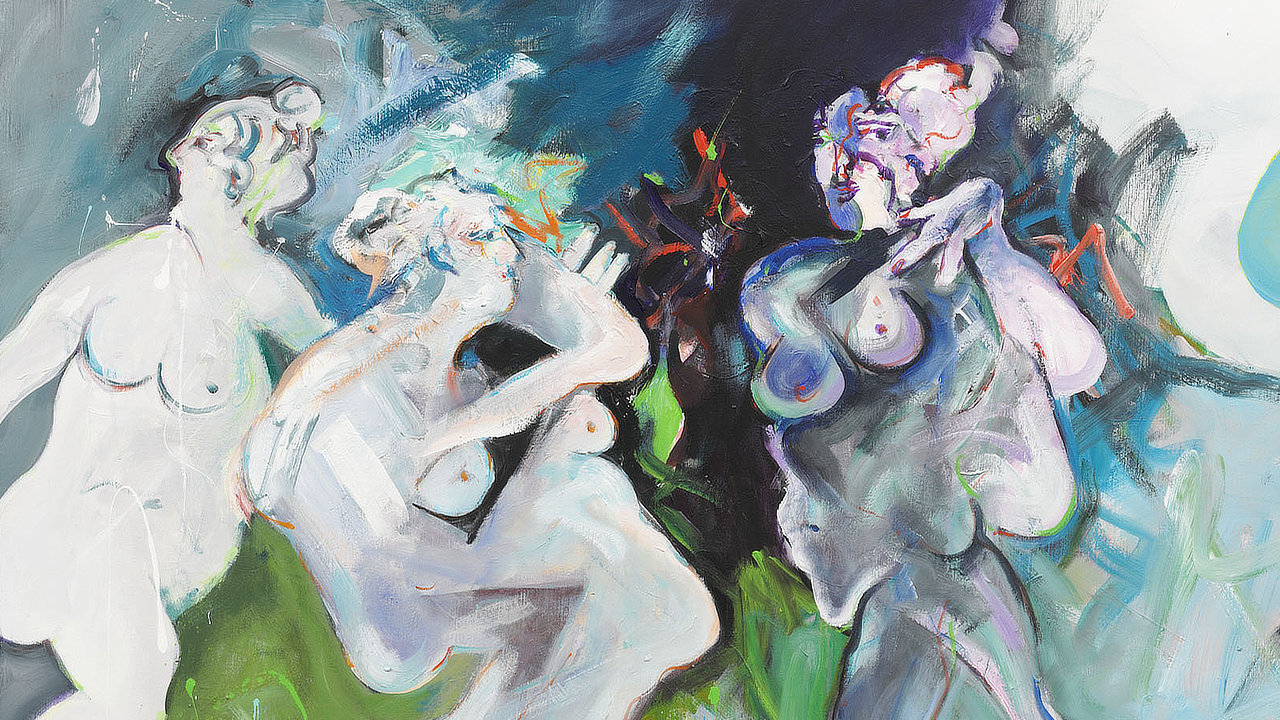 Homage to an Amsterdam Limburger

Homage to an Amsterdam Limburger

Nearly twenty years after his death, Museum Valkenburg presents an extensive exhibition by the Amsterdam Limburger Pierre van Soest (Venlo 1930 – 2001 Amsterdam) from 11 October to 6 December 2020. On display are abstract works from the sixties, works from theme series such as’ Weekend film ‘(inspired by Italian western films), the’ Three Graces’ (after Rubens), the ‘Mad Griet’ (after Pieter Bruegel), ‘Met Jan van Eijck visiting the Arnolfini family, “Garden of Earthly Delights” (after Jeroen Bosch) and drawings and graphics.

His widow, Gré van Soest, Amsterdam, says she is very happy with this exhibition. “Very nice to be able to see Pierre’s work in Limburg again.” As a whole, the exhibition provides a fascinating overview. The fact that poetry by poets who collaborated with him is also available as gallery texts, gives this exhibition added value.

The term “Amsterdam Limburgers” refers to Limburg artists who have gained name recognition through Amsterdam. They were Ger Lataster, Pieter Defesche, Jef Diederen, Lei Molin, Frans Nols, Jan Stekelenburg, Pierre van Soest and Harry Op de Laak. The group presented itself in 1950 with an exhibition in the Stedelijk Museum in Amsterdam with the credo: “We dare to paint and draw as we see it. We want to be as immaculate as possible from all standard styles. We want to represent everything that lives and touches in this society in a pure way.

Pierre van Soest attended the National Academy for Visual Arts in Amsterdam from 1947 to 1949 and received the Royal Grant for Painting in the years 1953 and 1954. But Limburg continued to pull, says his wife. “Pierre lived in Amsterdam from the age of 17, I am Amsterdam myself. We both felt the need to also live outside. ” The couple bought a farm in Helle (municipality of Nuth) in 1964 so that Pierre worked alternately in Amsterdam and Nuth until 1992. The environment and the people who live there inspired Pierre to his series “Portrait of Helle”. 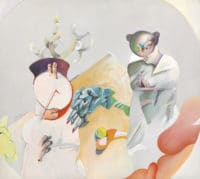 His early work from the 1960s has been referred to as “post Cobra”. Van Soest himself did not like that term, he thought his work was more ‘abstract expressionist’. When he was caught by a particular motif, it gave rise to a whole series of works such as Umbrellas, “Insects” and “Weekend Film”.

Later he was inspired by famous painters such as Jeroen Bosch, Bruegel and Rubens. For his series of paintings “Visiting the Arnolfini family with Jan van Eijck” was the model “The Arnolfini bridal couple” by Jan van Eijck in the National Gallery in London. Numerous sketches and drawings preceded his series of paintings in a more linear style. The sketches were tools for determining the colors and format of the paintings, but became works of art in themselves. The different styles and working methods can be seen in Valkenburg.

Besides being a visual artist, Pierre van Soest was a teacher. Between 1965 and 1971 he taught at De Ateliers 63 in Haarlem and at the Royal Academy of Art and Design in Den Bosch.

Van Soest has certainly also become known as a monumental artist with wall paintings and concrete reliefs in public and private buildings in the Netherlands. He collaborated a lot with architect Frank van Klingeren, including on his designs for De Meerpaal in Dronten, Kraaijer Shipyard in Zaandam and ‘t Karregat in Eindhoven. Fortunately, the 20-meter-long wall relief that Pierre van Soest made for the Youth Building in Amsterdam-Noord in 1965 has been well preserved after the demolition of this building. In the foreseeable future it will be relocated to the new ‘Van Klingeren Pavilion’ on the vm. Binckhorst site in The Hague where it can be viewed by everyone again.

Pierre van Soest’s work is represented in various public collections, including those in the Stedelijk Museum Amsterdam, in Heerlen, Maastricht and Venlo, Rotterdam and Buenos Aires and in various other collections at home and abroad.

Well-known poets devoted poems to Pierre van Soest and his work: Jan Elburg (For Pierre at high and low), Gerrit Kouwenaar (But what does the painter do), Bert Schierbeek (The anatomy lesson), Wiel Kusters (Mad Griet). Hans van de Waarsenburg also dedicated various poems to him between 1988 and 2000. Sailing to Helle is a bibliophile publication of publishing house In de Bonnefant. It is a liber amicorum for Pierre’s 60th birthday with contributions from well-known friends and admirers. Texts and poems with the art of Pierre van Soest can be viewed in two museum rooms.