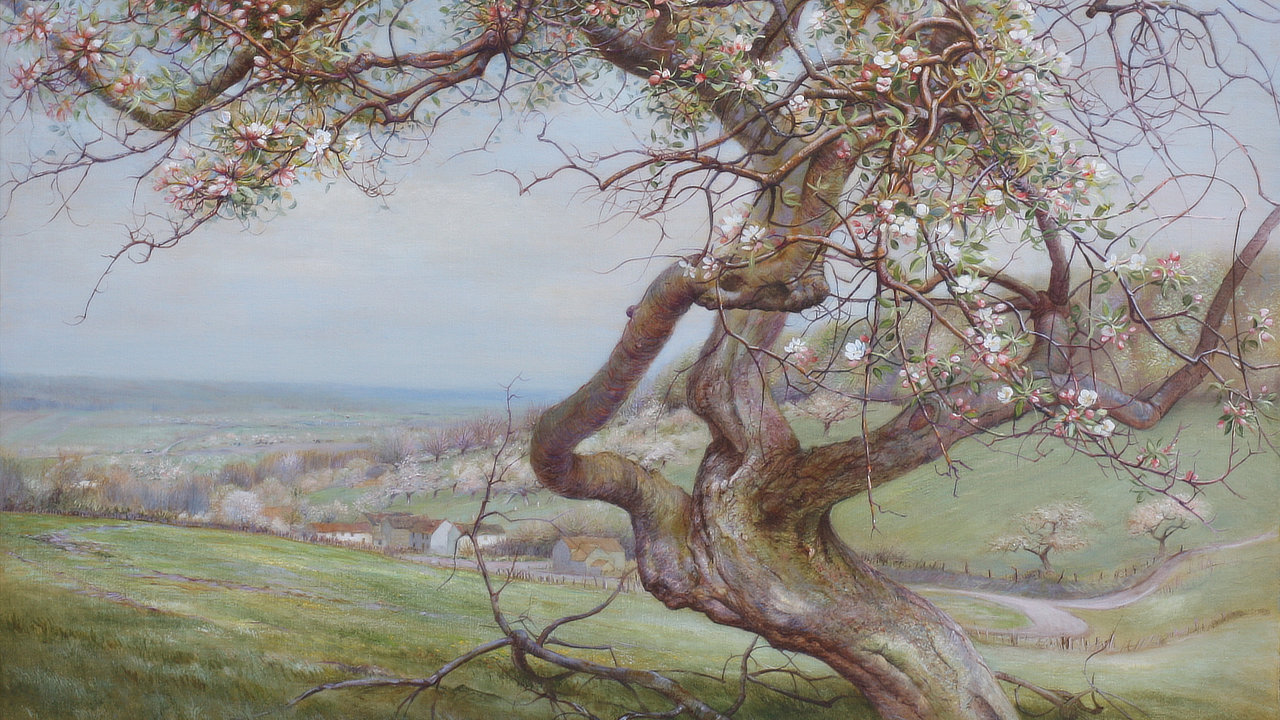 From 5 July to 4 October 2020, Museum Valkenburg presents a special exhibition of the work of Patrick Creyghton (Nijmegen, 1934).

About forty private paintings are exhibited for the first time in public, in addition to works from museum collections and from the artist’s possession.
Patrick Creyghton’s work is strongly linked to the Limburg landscape. He was born in Nijmegen and moved with his parents to the Maasdorp Grevenbicht in Limburg at a young age. From there he visits the studio of the priest-artist Jean Adams in Nunhem. With Jean Adams, Patrick not only learns to draw and paint, but above all to look at nature and to interpret it. Nature will always remain an important source of inspiration for him, immortalized in landscapes and still lifes.
Patrick Creyghton then took painting lessons from Willy Gorissen and Harry Koolen at the City Academy in Maastricht, and after his military service he was taught by Ko Sarneel and Albert Troost at the Jan van Eyck Academy. Here he also met the sculptor Agnes Motké, with whom he married in 1959. Together they move into a horticultural home on St. Pietersberg.

Mosaics and icons
At the beginning of his artistry, Patrick Creyghton works on several monumental assignments. In 1964 he was commissioned by the St. Barbara Hospital in Geleen for a large mosaic in the chapel of the hospital. For the Maastricht Basilica of Our Lady, he later made a mosaic of a Celtic Cross with carnelian stones in the main altar and painted the side panels of the organ positive with angels making music. He has also painted icons for several Maastricht churches. These icons and mosaics reflect his interest in Early Christian and Byzantine art and his predilection for Slavic-Byzantine choral music. 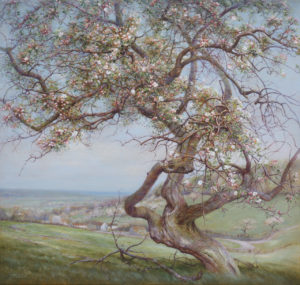 The Hill Country in oil paint
Sometimes landscapes are characterized as picturesque. Some landscapes are even identified with a particular painter. If the Limburg hills are to be paired with an artist, Patrick Creyghton is one of the most valued artists. At the city academy, Patrick experimented with different types of paint. In addition to oil paint, he painted with eta paint, cobblestone paint, casein and tempera. You could easily make Tempera yourself on the basis of egg yolk and Patrick experienced that you could paint very fine structures in tempera and that it was ideal to paint small twigs or leaves with it. But it was better to set up gradual transitions in a cloudy sky or water feature in oil paint. From 1973 he also used acrylic paint for signature in omer colors or dark blue. The performance was then elaborated in detail in oil paint, which was applied in several layers on top of each other.

Poetic realism
Patrick Creyghton gained fame in 1973 when a large exhibition of Limburg painters was held in the Cultural Center of Venlo. There his work was referred to as “poetic realism”. Patrick Creyghton’s paintings are not aimed at sensational representations, but his work strives for stillness and depth in terms of atmosphere. Themes are often inspired by nature and the use of color is often restrained. This modest atmosphere provides the viewer with an intense experience of the performance and thus reflects the lyrical intention of the artist. It is therefore not pure realism, but rather the work has a deeper lived mystical charge. In his landscapes you will not find anecdotal additions and the landscape is neither sublimated nor abstracted. They are sober, pure, sincere and accurately painted representations, but they are certainly not photographically realistic. In the evenings he wrote in the evenings what he had noticed during his walks in nature or what his thoughts had gone to: “I cannot shout and protest. I can only become still with the fishermen along the water and the farmers on the field, follow the wind over the grass and, together with the lark, become a contemporary of the Source of all existence ”.