Looking back on 70 years of Museum Valkenburg

Home>News>Looking back on 70 years of Museum Valkenburg

Looking back on 70 years of Museum Valkenburg

Museum Valkenburg was founded 70 years ago and had different names and locations, but all that time only one goal: to record and exhibit the history of Valkenburg.

Valkenburg has a rich history, dating back to the flint age. Archaeological records of Roman and Medieval finds are made in the 19th century. Especially Pastor Habets and Th. Dorren have done important work in this regard. 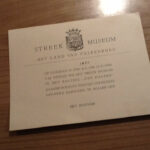 At the time of the Second World War, there was a greater focus on preserving antiquity. Some well-known Valkenburgers, including pastor Welters, the gentlemen v.d. Voort, Crolla, Stevens and Caselli take the initiative for a museum in 1948 and the opening of the stitch museum “Land van Valkenburg” on June 10, 1951. In Den Halder Castle, 2 rooms have been furnished with historical and archaeological finds, works from the Guasco family and an impressive collection of fossils, rock and flint tools.

The building soon turns out to be too small. In 1969 the regional museum was given a new home, in the “Old Sjtadhoes”, the former City Hall and Post Office on the Grotestraat. The characteristic Jugendstil building was rebuilt in 1901 and was designed by J.H.C. Kroner from Amsterdam. The original building was elevated to a country house in 1734. Later, justice was done. During the French era, around 1800, it was used as ‘Maison communale’ (town hall) and then ‘Maison de Ville’ (town hall). In the new building, the museum had an old pharmacy, a Shooter’s Room, the Guasco-style room and a lot of attention for half-timbered construction and crafts. The larger rooms are intended for art exhibitions. 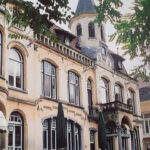 In 1991 the museum is expanded with the main hall. The basic principle is still that “Valkenburg owes it to itself and posterity to preserve its cultural treasures and remains from the glorious past in order to show what has been accumulated to the outside world”. The permanent collection expanded. In addition to historical objects and finds from Roman times and from the Castle ruins, there was an extensive collection of devotional items on display. Various works by Charles Eijck were shown in a separate room. Since then, a large number of exhibitions have been held in the four available rooms in the field of (regional) painting, sculptures, photography, drawings and much more.

In 2018, the historical and archaeological departments were revived on the Middle Floor. In a “Journey through Time” the story of Valkenburg is told; of the origin of the area and the associated habitation with the flint mines, attention to the Roman period and the Middle Ages with the castle. This is followed by the theme that is still current in Valkenburg: Tourism.

In July 2021, the museum was hit hard by the flood disaster in Valkenburg. The museum had sustained extensive water damage and was closed for a long time. The ground floor has been restored and exhibitions can be held again in March 2022. 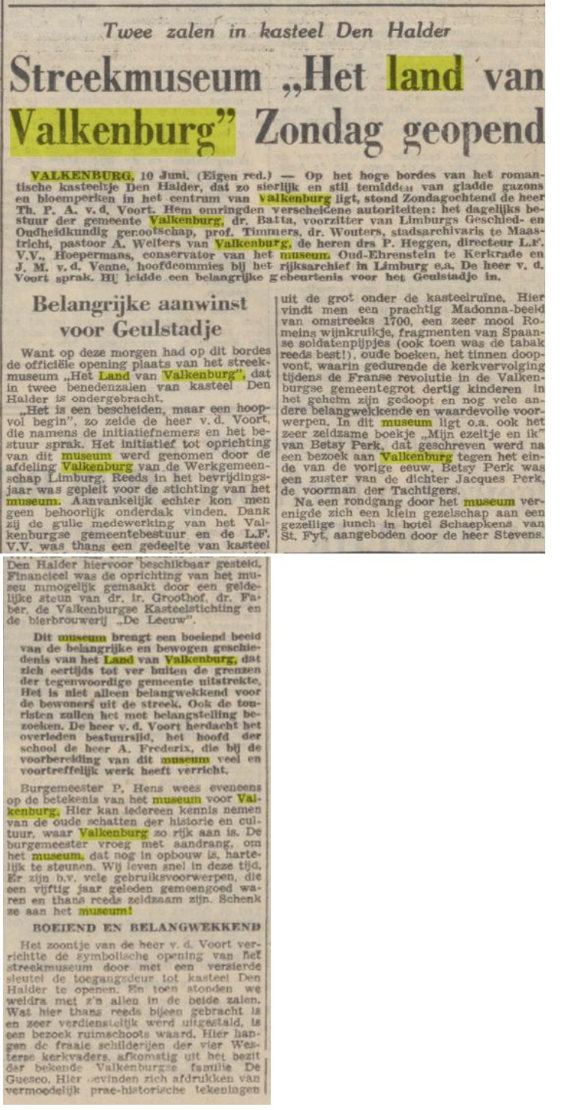