In the upper room of the Valkenburg Museum, an exhibition of Pauline Luiten and Jef van de Leijgraaf can be viewed from 31 March to 16 June 2019. Both artists use their own ‘visual language’ in their work. 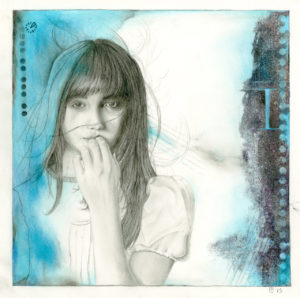 Pauline Luiten (1964) studied drawing art at the Kunstacademie Maasmechelen. By combining her pencil drawings with photos, collages, and the use of stamps, stencils, thinner, colored pencils, eraser and feather, she gradually developed her own style and technique. Although Pauline is a passionate draftsman, he is also a storyteller. Those stories have so far remained close to her own. She has now consciously captured a number of these stories in her work, so that image and language are visibly coincident in this exhibition. The viewer may be able to empathize with Pauline’s stories, but he / she may also find a story of his own. 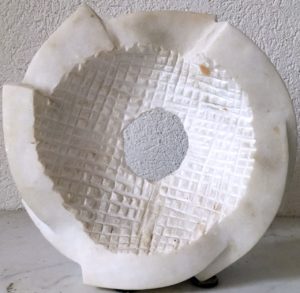 Jef van de Leijgraaf (1952 – 2018) studied plastic design at the Art Academy in Maastricht where he was taught by Appie Drielsma, Richard Schwarzenberg and Sjef Hutchemakers. As an autonomous artist he was mainly inspired by journeys to Italy. This always resulted in new and increasingly freer images in marble, stone, metal and bronze, with diversity as a creed. Jef also produced portraits and garden objects. In addition to his work as an independent artist, he was a teacher of sculpting and ceramics at Welt and Art, ChocArt and also at the Volksuniversiteit in Geleen. Jef van de Leijgraaf died in 2018 and his work in Museum Valkenburg can be seen as a tribute to his unique visual language and his versatile artistry.