Quirky artist back in Valkenburg

Museum Valkenburg presents from 27 January to 22 April 2019 a unique overview exhibition with famous and unknown works by the Amsterdam Limburger Lei Molin. Molin is one of the most famous artists from the municipality of Valkenburg, born in Berg en Terblijt in 1927. He worked as an artist in various styles and techniques, initially figurative but gradually abstract. In 1990, Lei Molin died after an impressive career at the age of 63.
Most of the exhibited works in Museum Valkenburg have never been shown before, according to his wife Nine Molin- van Caldenborgh. “They were not even framed, we had never arrived. They date from his last period. Lei knew he did not have to live much longer. Yet he wanted to work every day, even though he was already ill. But spiritually he felt completely free. He often told me that he no longer had to wrestle with the materials, as before. “I can now make everything I want,” he said often. Then there is a lot of you. Those feelings can be seen in these last works.
Nine Molin, long-time owner of ‘Gallery 9’ in Amsterdam, together with Thei Voragen, former director of Museum Van Bommel van Dam – has put together this exhibition in consultation with Museum Valkenburg. 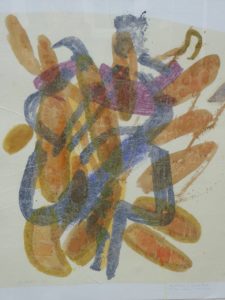 The Valkenburger Lei Molin has had an impressive art career. He was largely self-taught. Lei followed the Middle School of Applied Arts in Maastricht for a while and later studied at the Académie Julian in Paris. Roughly four different periods can be distinguished in his work. In the beginning, still living in Valkenburg, he made figurative works that depict landscapes, village scenes and portraits. But gradually he painted large abstract canvases in exuberant colors, under the influence of the Cobra movement and minimalism.
In 1967 Molin exchanged South Limburg for the west of the Netherlands. First to Overveen, then IJmuiden. There his work was influenced by the ports. Molin made many collages and objects, consisting of found objects on the beach.
Finally, Amsterdam became its home and workplace. Lei joined a group of artists who originally came from Limburg, including Ger Lataster, Pieter Defesche, Jef Diederen and Pierre van Soest. “The world around him was his main source of inspiration,” according to Nine Molin. The work of poets, writers, musicians and fellow artists, but also his trips to Sicily, Spain and the Ardennes inspired him to a great extent.
From the mid-1980s his last and particularly expressive period came into being: the colors returned to his work. In 1988, Lei Molin received the Jeanne Oosting Award ‘as an appreciation for individual artistic quality in figurative art’.

In Limburg, Lei Molin founded the artists’ movement Artishock in 1964, together with Rob Stultiens. Together with the Valkenburg gallery owner Jos Pluymen (Galerie Cauberg 10) who wholeheartedly supported the movement, they wanted to shake up the art climate in South Limburg. Limburg was, in terms of art, lulled to sleep. Some artists, drawing on tradition, set the tone for Charles Eyck and Henri Jonas. There was no room for young artists, the Artishock movement observed. Although Lei Molin initially worked in the tradition of Charles Eyck, he did not want to be a ‘little Eyckje’ but to follow his own path. Artishock soon also inspired other artists who joined the movement in Maastricht. They were Harry Marks, Piet Wouters, Felix van de Beek, Ger Brouwer, Ad Visser, Geert Meyer, Leen Kriens and Harrie Bartels. Three out of eight were born in Limburg, all of whom had completed their studies at the Jan van Eyck Academie.
The group expected Artishock to bring about drastic changes. Gallery space was rented for exhibitions, the new art had to get attention from the general public. Unfortunately, the plans of Artishock were not supported by the city government. Everything had to stay with the old. The municipality of Maastricht worked against all fronts. Because of so-called fire safety she had the Artishock gallery closed. The movement no longer had a platform from that moment. 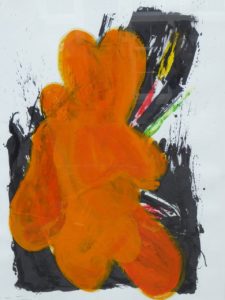 Artishock got support from art critics like Prof. dr. Ko Sarneel and Willem K. Coumans, but also entrepreneurs such as beer brewer Paul Rutten from Gulpen who commissioned them an advertising campaign with the motto ‘art and beer’. Nevertheless, the municipal authorities won it from the innovative artists. The excitement that Artishock had caused, ebbed away. A disappointed Lei Molin left Limburg.
“The departure of Molin from Valkenburg in South Limburg to Overveen in the summer of 1967 in North Holland meant that he no longer believed that the cultural climate in Limburg would improve. It was clear to him that the gates of the official art world would remain closed to young talent. Limburgish chauvinism had won it in his eyes and Molin gave up the fight, “according to art historian Monique Dickhaut in her thesis’ Arcadië over. Art and art debate in a changing Limburg (1945-1965) ‘on which she will graduate in 2019.
Nine Molin remembers this period well. “I taught in visual subjects myself and I took care of our children. Artishock was the site of Lei, but I was completely behind it, and also that we left. But it was Jef Diederen who actually triggered it. He told Lei: you can be a king in the south, but you go to measure with those boys in the west. Then you will know what you are worth … “.
More than 50 years later, Lei Molin returns to Valkenburg with around sixty works. Nine Molin is very happy with it. “I see a revival in interest for the Amsterdam Limburgers, and rightly so.”
The exhibition ‘Lei Molin, an idiosyncratic artist’ can be seen in Museum Valkenburg from 27 January to 22 April 2019 (2nd Easter).