Looking back on a successful Anniversary Day

Home>News>Looking back on a successful Anniversary Day

Looking back on a successful Anniversary Day

November 9th the Limburg division of the Dutch Geological Association celebrated its 70th anniversary. A thriving association that focuses on the geology of South Limburg.

More than 100 interested people took part in the anniversary day. After the usual speeches, the chairman of the association, Dr. Ir. Wiel Schins, the first copy of a new geological walk handed to mr. Remy Meijers, alderman for the municipality of Valkenburg.

The history of the Limburg subsurface was subsequently told in a nutshell. After this the opportunity was offered to visit the renewed Geology room in the museum. Here you can see an impressive collection of rocks and fossils from the region, and the Felder cabinet, named after the founders of the association. Members of the association could explain a few things and answer questions.

During a well-cared-for lunch, there was an opportunity to view many microfossils and rocks under microscopes and to conduct geological tests. How did the loess soil end up here in South Limburg? What happens with land and sand shifts? Many other geological issues were explained in a simple way, partly thanks to material made available by the fellow association Mente et Malleo from Weert.

In the afternoon, enthusiasts could walk part of the new geological walk in and around Valkenburg. The association has set out a unique walk with the theme “Mergel & Meer, walking through millions of years of earth history of Valkenburg. Valkenburg through the eyes of a geologist ”. There is a booklet of the walking route with a clear explanation of what to see during the walk. This booklet is now available at the museum.

Upon returning to the museum, Dr. John Jagt of the Natural History Museum in Maastricht gave a lecture on the Mosasaurus, “What kind of animal was the Mosasaurus, our largest fossil monster? “.

The day ended with a pleasant drink.

The association organizes several freely accessible lectures throughout the year in the Valkenburg Museum. Keep an eye on the museum’s website for this. 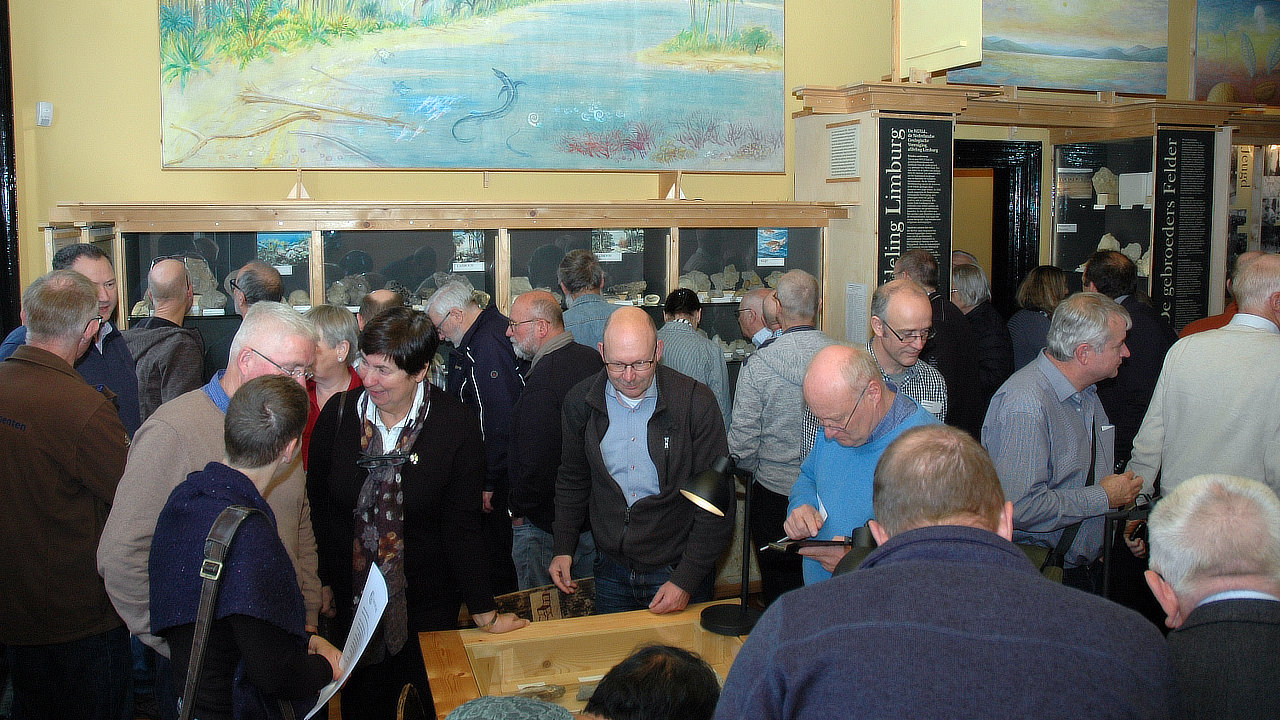 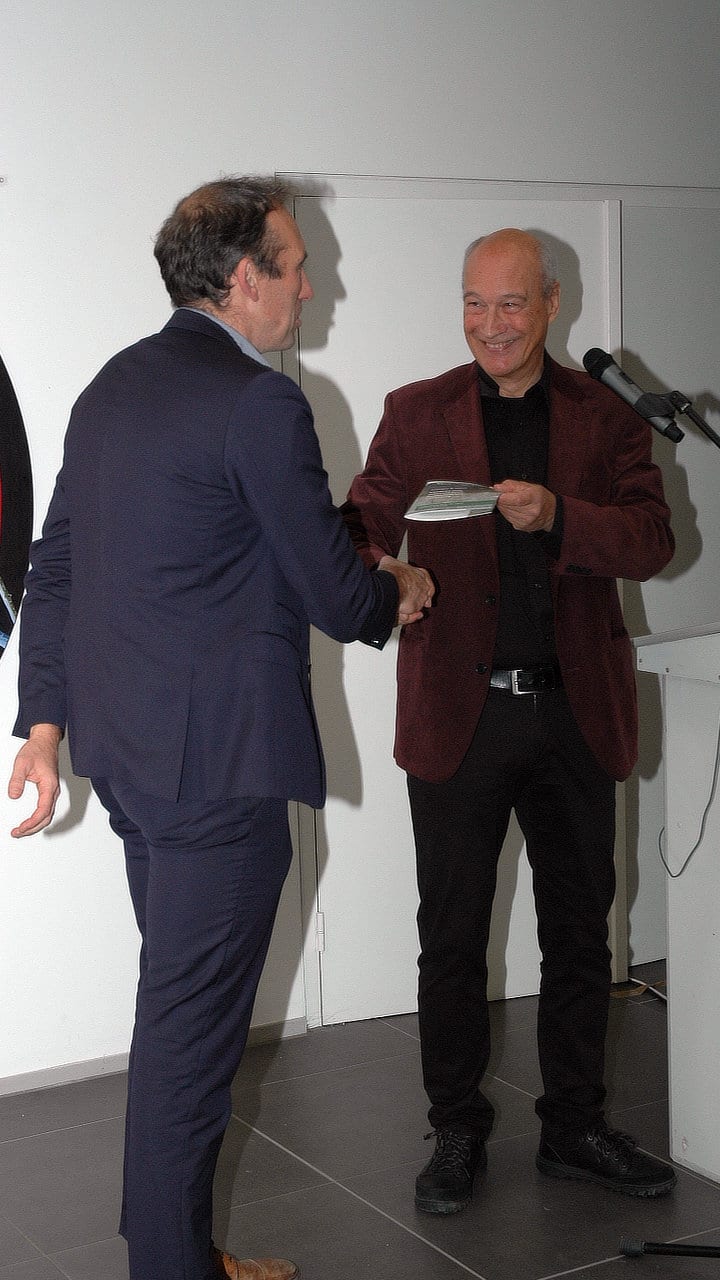 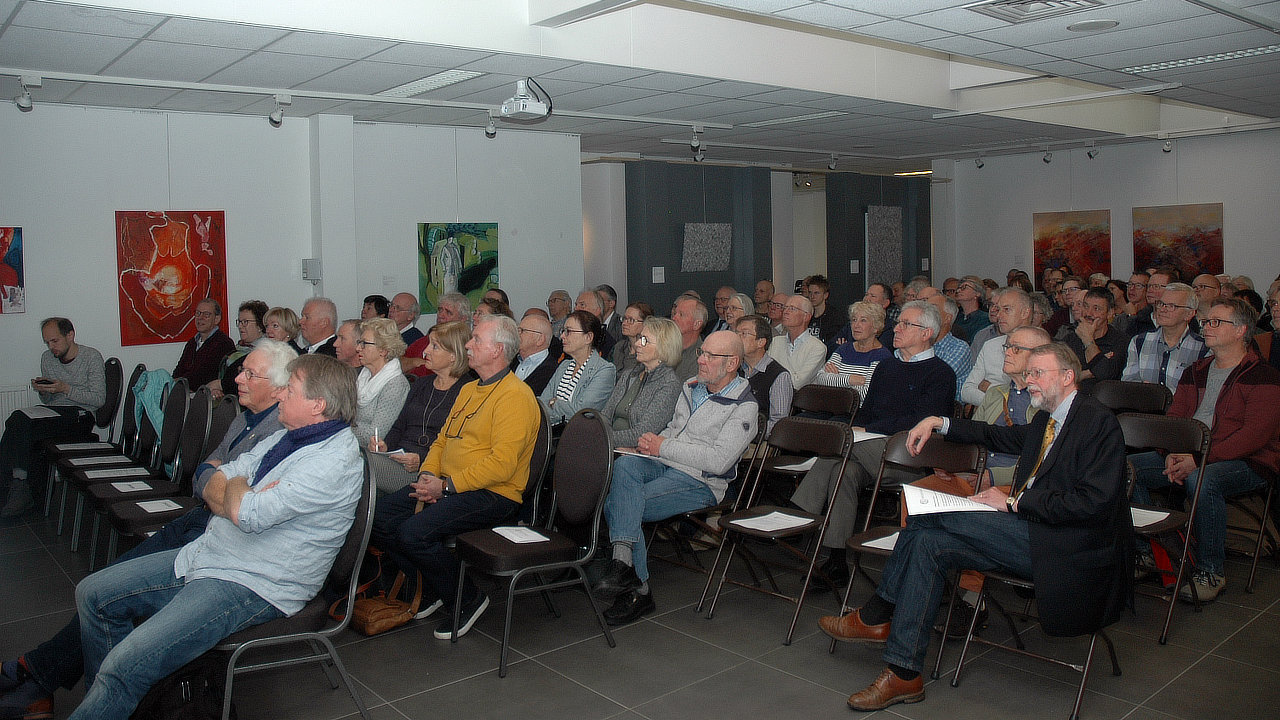