As part of the end of the school year, children from group 5 of Primary School Heilig Hart from Sibbe and OBS Broekhem visited the middle floor of the Valkenburg Museum. This morning was provided by the volunteers of the In onsen Lande van Valckenborgh Foundation and the Valkenburg Archaeological Working Group.

The students were received in the main room, where they were given a short presentation. The Stone Age and the animals in that period were discussed, such as the saber tiger and the cave bear. Furthermore, explanation was given about the Vuursteenmijntjes of Valkenburg and the presentation was concluded with a brief introduction to archeology and pottery shards.

The activities on the middle floor were then continued. Here children could, just like in the old days, hit fire sparks with real flint and dig as enthusiastic archaeologists, search and puzzle with real pot shards. They were also able to distinguish different forms and the origin of the earthenware found during official excavations. During these visits there was also time to see the other showcases on the floor, such as fossils in the Geology department, flint artifacts and objects of Roman origin or from the castle’s knighthood.

It was a very successful morning. History does not have to be boring, but can be fun and educational to get started with. 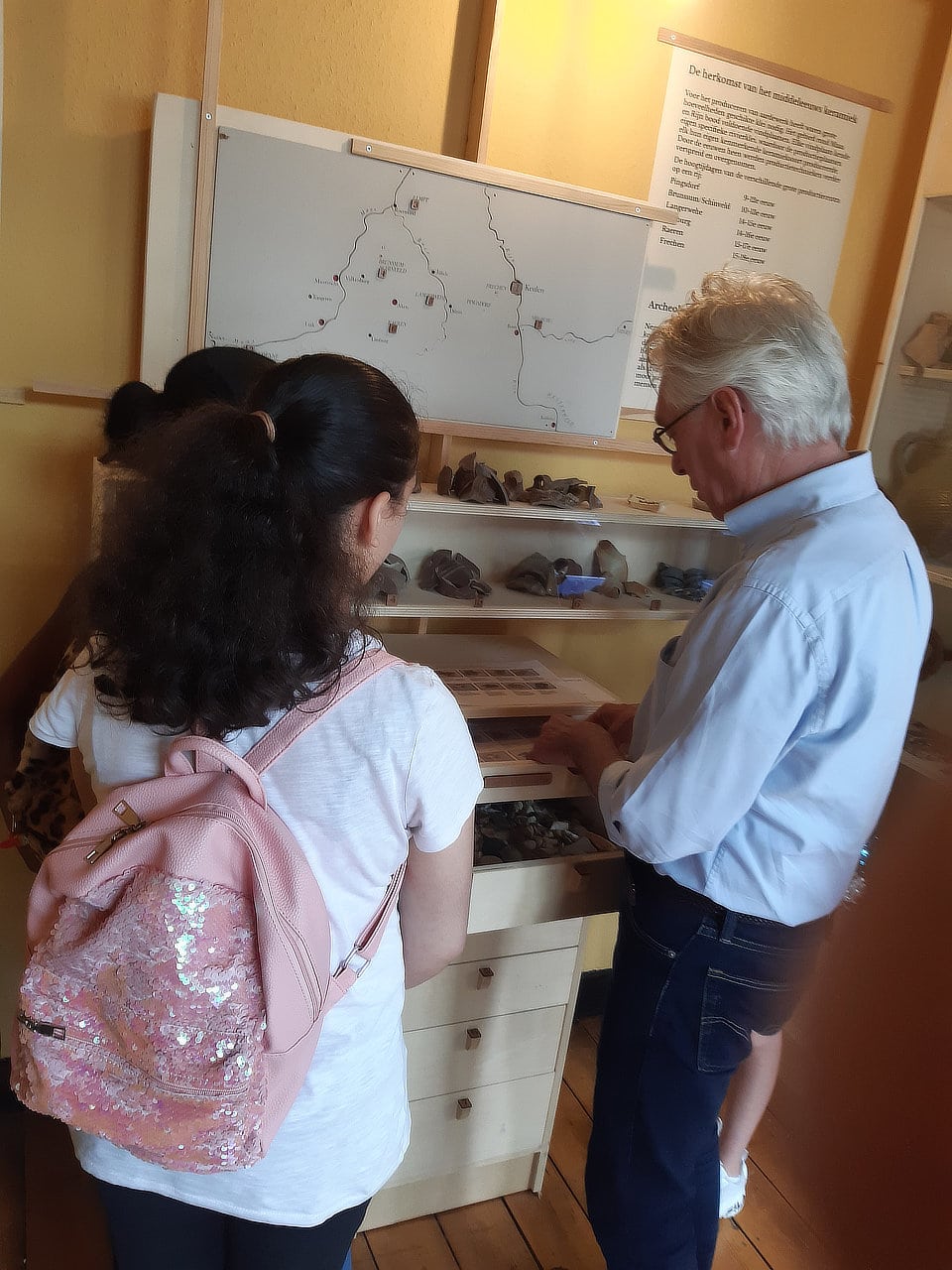 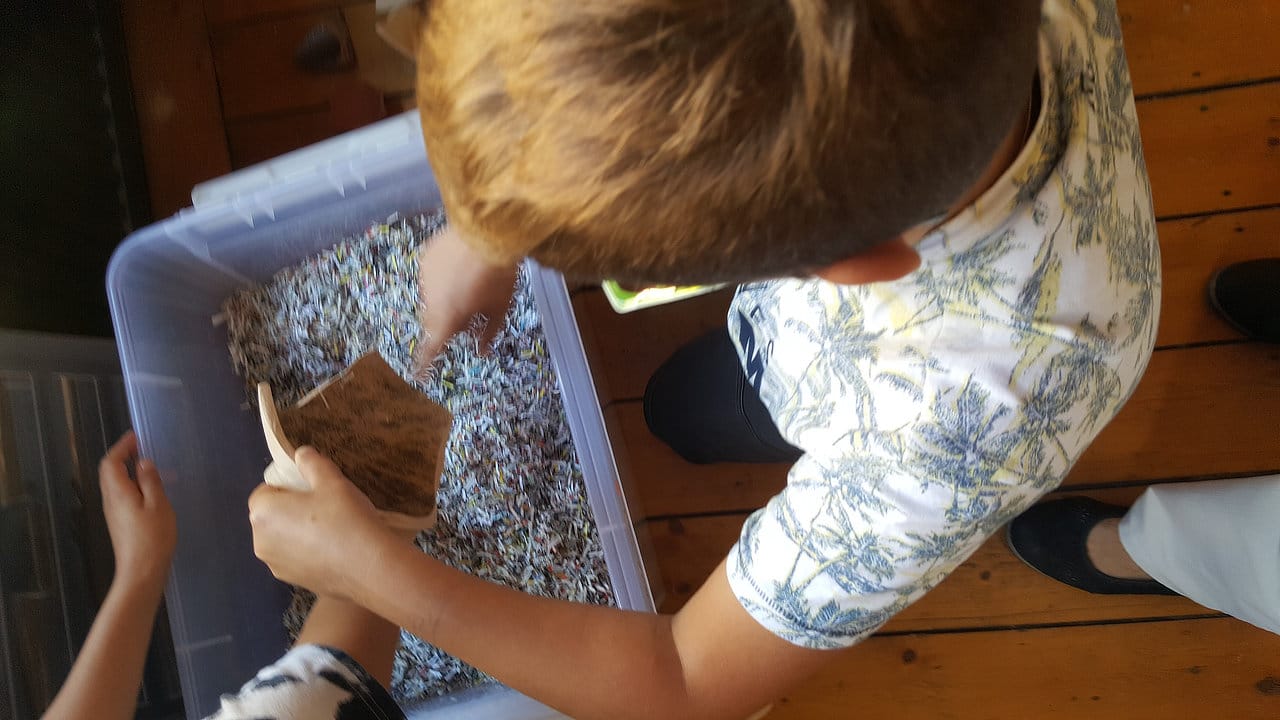 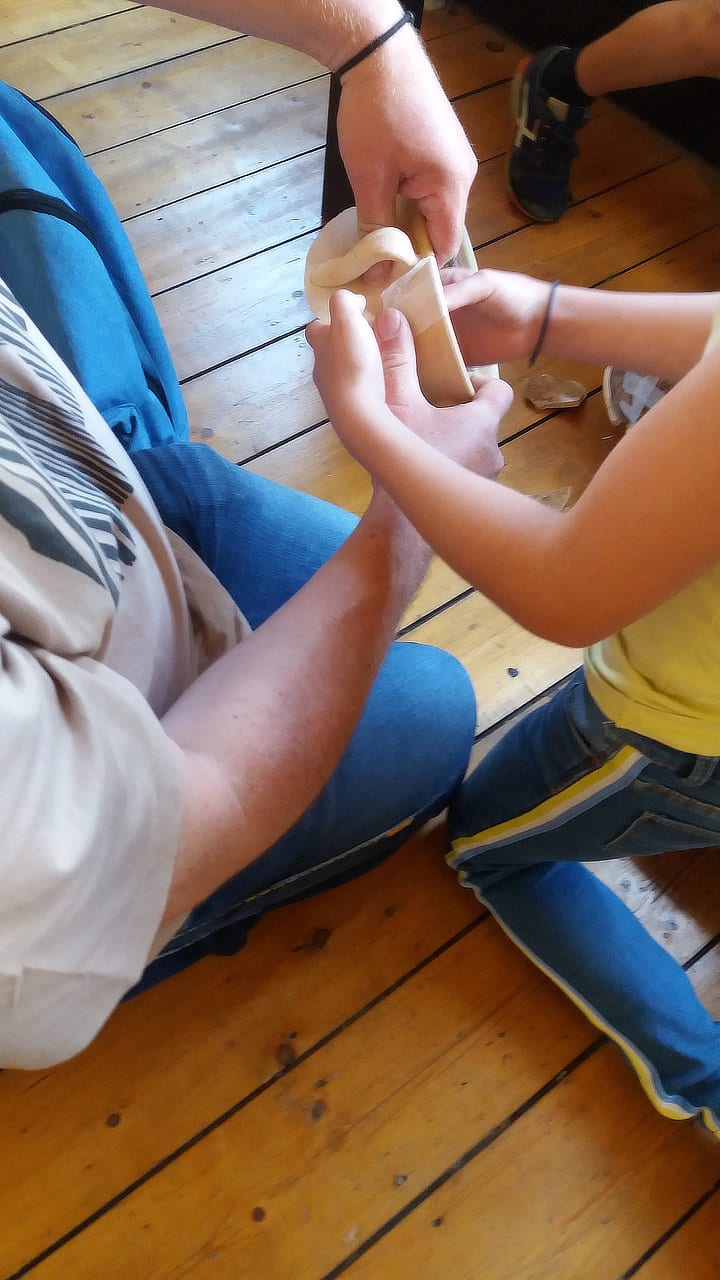