During exhibitions, Museum Valkenburg highlights a specific work together with the artist or art connoisseurs, this time ‘Green floor III’ by Dorine van der Ploeg.

“I saw this ‘Green floor’ in my studio, then located in a former bicycle assembly factory in the Houthavens in Amsterdam. The building had large spaces with many windows where the sunlight provided an almost abstract light show during the day. What fascinated me was the huge contrast between the static of the building and the volatile of that sunlight. I have made countless attempts to capture it just as fleetingly, until I found out that it was not only impossible but not even necessary to learn so quickly painting like the light, and that it was in the use of the material that I could transfer what I had seen. I drew two days with oil pastel on light-absorbing cardboard, and then let the sun shine on it with paper. ”

The ‘Collages’ exhibition by Dorine van der Ploeg can be seen in our upper room until 22 September 2019, click HERE for more information. 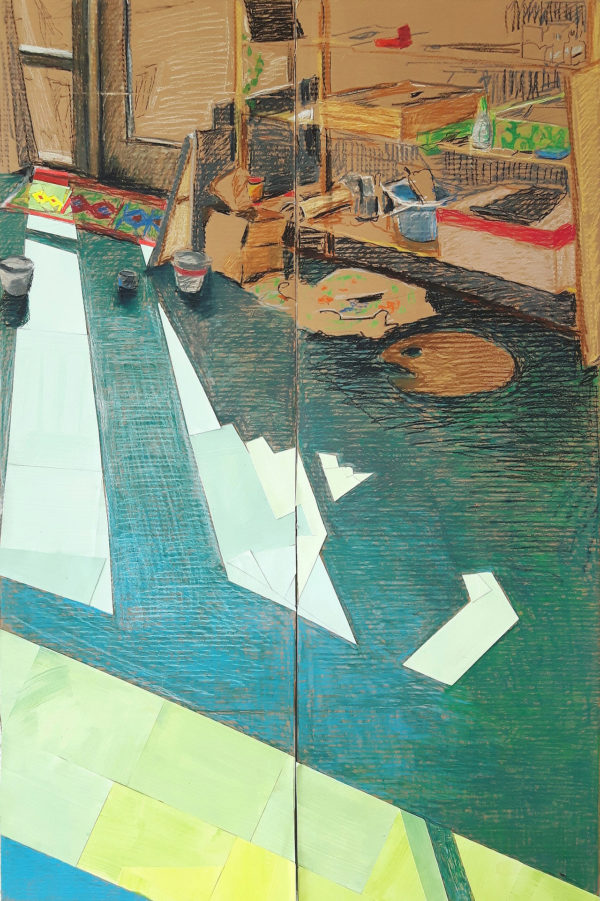