Pierre expresses strong criticism of war violence in this work. This criticism is partly the result of a dramatic event in his life. As a teenager, in Venlo, which was severely damaged during WWII, he witnessed the bombing of his parental home, in which an older sister was killed.

In the 1970s, some film directors made violent Westerns, indirectly criticizing imperialism, capitalism and racism. These films were frequently seen on TV during that period. Van Soest shows ‘tough’ cowboys and bleeding gunslingers with deformed bodies and faces in a drawing-like style – in keeping with American Pop-art. 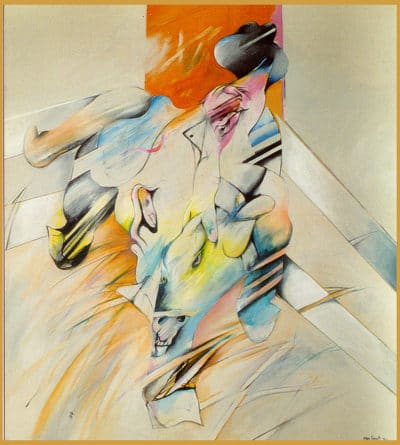